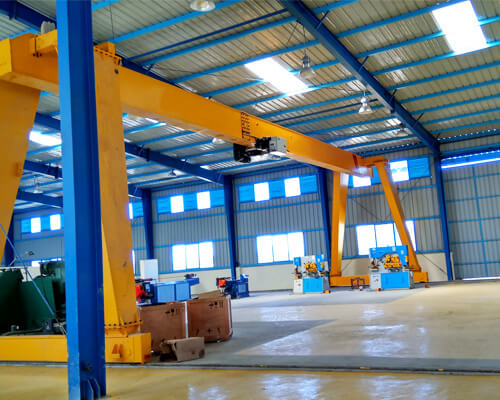 Looking for China steel structure? We can offer exactly what you need. The structure is custom designed and built to suit different project’s specifications. With a wealth of experience in the steel structure design, fabrication and service, we can guide you through your decision and provide a perfect solution for you. 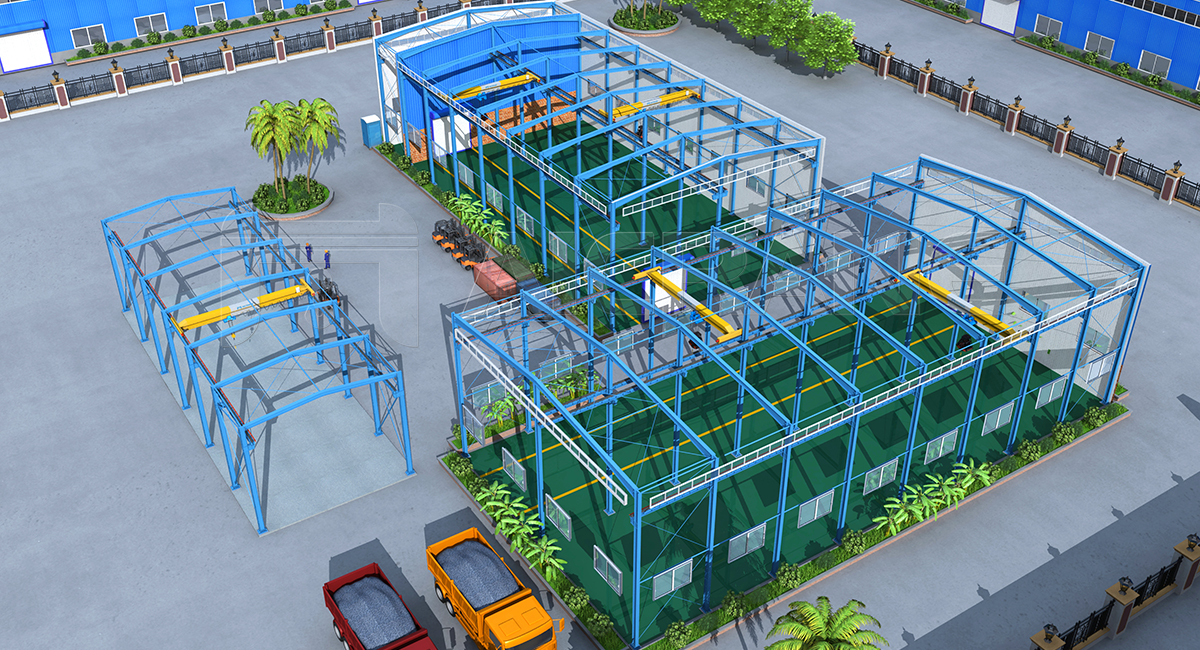 A Project Case of A Chilean Customer

Through the full communication between our engineer and the Chilean customer, we learned about the customer’s actual production conditions and lifting requirements, and provided the customer with the most productive and economical steel structure plant design and AQ-QD 50 ton overhead crane.

What we provide for this customer is a turnkey project, from design, manufacturing, packaging, transportation to installation and acceptance. Our company’s professional after-sales service team provides the client with high-standard and fast after-sales service.

Steel structure is the most commonly used material to construct industrial buildings. There are two main types for you to choose from:

In addition, the structure can be designed and built with single span, double span or multi-span depending on your requirements.

Most industries require workshops, warehouses or sheds to manufacture, repair and store goods. These buildings vary in sizes that can be from small to extremely large.

High Strength and Light Weight
Steel has high strength and high elastic modulus. Compared with concrete construction, the ratio of steel structure density to yield strength is relatively low. Therefore, under the same stress conditions, steel structure members have small cross-sections and light weight, which are convenient for transportation and installation and suitable for large-span heavy structures.
High Reliability
The steel has good toughness and plasticity, suitable for bearing impact and dynamic load, and has good seismic performance. The internal structure of the steel is uniform, close to an isotropic homogeneous body. The actual working performance of the steel structure China is more in line with the calculation theory. Therefore, the China steel building has high reliability.
High Degree of Mechanization of Steel Structure Manufacturing
Steel structural components are prefabricated in factories and assembled on site. The finished steel structural components have high precision, high production efficiency, fast assembly speed and short construction period.
Good Sealing Performance
Because the welded steel structure can be completely sealed, it can be made into high-pressure vessels, large oil pools, pressure pipes, etc. with good air and water tightness.
Heat Resistance
When the temperature is below 150°C, the properties of the steel change little. Therefore, the steel structure is suitable for hot workshops, but when the surface of the structure is exposed to heat radiation of about 150 ℃, it should be protected by heat insulation board.

In buildings with special fire protection requirements, the steel structure must be protected by refractory materials to improve the fire resistance level.

Energy-saving And Environmentally Friendly
The wall adopts C-shaped steel, square steel tube, and color steel sandwich panels that are light weight, environmentally friendly and energy-saving, with good thermal insulation performance and good seismic resistance. It can save energy by 50%.

The demolition of China steel structure buildings hardly produces construction waste, and steel can be recycled and reused.

Which Connection Is Used In China Structural Steel Construction?

All the main components of steel structures China are pre-engineered in the manufacturer’s factory, including pre-punched, pre-drilled and pre-welded, and then connected and set up at customer site. There are several different ways to connect the structural steel, including:

What Are The Common Problems With Steel Structure Construction?

1. Problems with embedded parts: the overall layout is offset; the elevation is wrong; the threaded fasteners are not protected. This will directly cause the bolt holes of the steel column bottom plate to be misaligned, resulting in insufficient thread length.

Solution: The China industrial steel structure construction unit cooperates with the civil construction unit to complete the embedded parts work. Before the concrete is poured, the relevant dimensions and the fixation must be reviewed.

2. The anchor bolt is not vertical: the horizontal error of the embedded anchor bolt after the foundation construction is too large. After installation, the pillars are not in a straight line, which makes the appearance of the steel building unsightly, brings errors to the installation of the steel columns, and affects the structural forces.

Solution: The anchor bolt installation should first level the bottom plate with the lower adjusting bolt, and then fill it with secondary grouting with non-shrinkage mortar. During anchor construction, fixed anchors such as steel bars or angle steels can be used.

3. Anchor bolt connection issues: the column anchor bolt is not tightened, and the backing plate is not welded to the bottom plate.

Solutions: Welded anchor rods and nuts should be adopted; on the outside of chemical anchor bolts, fireproof paint and heat insulation treatment should be taken to prevent the anchoring performance from being affected in the event of fire.

The bolt surface does not meet the requirements, causing the bolts to be difficult to install, or the degree of bolt tightening does not meet the design requirements. This may be caused by impurities such as floating rust and oil stains on the surface of the bolts, and burrs and weld bumps on the bolt holes.

Solution: Floating rust, oil stains and bolt hole defects on the surface of high-strength bolts should be cleaned up one by one. Before use, it must be treated with rust prevention. The bolts used for trial assembly must not be used during formal assembly. The bolts should be kept and distributed by special personnel.

2. The bolt thread is damaged, and the screw cannot be screwed into the nut freely, which affects the assembly of the bolt. This may be due to severe corrosion of the thread.

It is difficult to guarantee the quality of on-site welds; the first and second level welds with design requirements for full penetration are not used for ultrasonic flaw detection; the main beams and columns on the floor are not welded; and the pilot arc plate is not used for welding.

1. The components are deformed during transportation, and there are dead or slow bends, causing the components unable to be installed.

Aicrane is a reputable China steel structure manufacturer and supplier which can help you design and fabricate your facilities, and at the same time, save time, money and efforts for you. Here are several reasons why you should choose us:

If you want to know more about China steel structure, contact us today!